Review: ‘Killer Bees’ doc shows high school basketball in the Hamptons is not what you’d expect 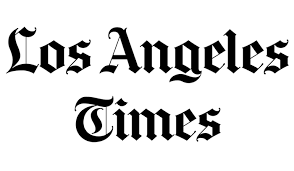 The “Killer Bees” of this modest, appealing sports documentary aren’t competitive apiarists but rather a high school basketball team in that New York enclave of moneyed celebrity, the Hamptons. And yet there’s one more layer of presumptiveness to penetrate: This isn’t a squad of rich kids — the mixed-race Bridgehampton High, and its mostly black basketball team, represent the year-round townsfolk who live, literally, on the other side of the tracks from the oft-publicized vacation-home wealth.

Directors Orson and Ben Cummings followed a winning year for the small high school’s championship basketball program, which we learn arose out of an athletics-driven child care center set up generations ago for the offspring of migrant potato farmers. We also learn that this is a high school repeatedly under threat of closure by the forces of gentrification, racism and a widening income gap, which puts an added dose of pressure on the student players to keep the Bees winning games year after year.